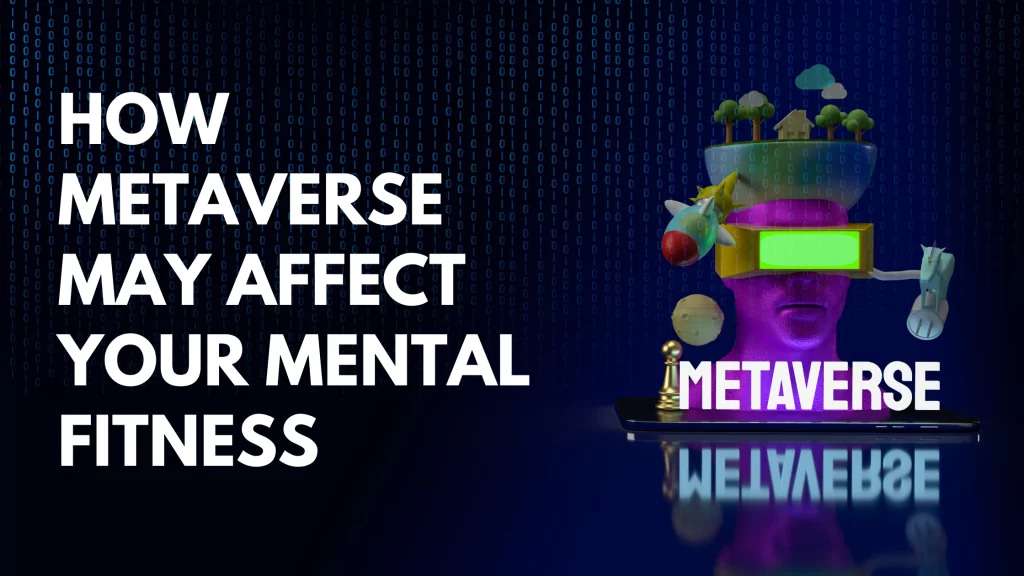 Alarms have been sounded saying that the Project Metaverse could have devastating effects on people’s already worsening mental health all over the world.

Undoubtedly, the invention of the internet has brought about a revolution in every aspect of the world, and it keeps getting updated every second of every day. However, it is also a proven fact that this digital evolution has been extremely destructive to the mental health of people across the world.

It affects our relationships, lifestyles, choices, the friends we make, the food we eat, the news we see to even the clothes we wear. People are constantly seeking validation from others, which then leads to feelings of dependency and depression in them.

Studies suggest that social media has affected our psyche to the point that its absence can cause feelings of grief and unhappiness.

Additionally, with the pandemic hit world, the number of depressed people and even the suicide rate has gone up to an alarming number. The mental health infrastructure is not even close to what is required, in such a situation the last thing the world needs would be a new social media reality.

The recent announcement about the entry of Metaverse into the tech realm has brought the debate of mental health and the internet to the forefront.

The trending word of the week courtesy of Facebook’s name change is metaverse. It is an attempt at rebranding and reselling the company which has been in hot waters due to many kinds of unethical practices and of course influencing mental health wrongly.

The actual term, Meta was given by a science fiction writer called Neil Stephenson in 1992. It was mentioned in his sci-fi novel ‘Snow Crash’.

It will essentially be an alternative virtual reality (VR) space where people will be far removed from their actual lives. You can imagine the internet having a life of its own, by turning it to 3D via the visions of a Metaverse.

It will have an n number of communities, all interwoven with each other like a virtual world.

Users will require VR headsets to operate it and enter a non-physical, physical place to meet their friends, work, etc.

The world-renowned billionaire and creator of the social media platform, Facebook made a huge announcement recently. The company has undergone a name change to keep up with and facilitate the new direction of the future.

‘Meta’ is beginning to turn Facebook into a social technology company that will focus on creating a Metaverse for users. All the previous apps and technologies will now be under the Meta blanket.

Although the concept of this kind of alternate virtual reality has been around for quite some time now, Facebook is the only one to have acted on creating something out of it. Here are some more things you should know about it to understand its impact on the user’s mental peace:

At the time of the launch, Zuckerberg states that this concept of the Metaverse will focus on getting people to almost teleport from one place to another without actually going anywhere.

Apart from Meta’s mental health destruction capabilities, there are also several other concerns for a project like this.

Facebook has been taken to court several times for having access to the personal data of its users. A virtual reality program could get them access to even more private data, which can, in turn, spread dangerous levels of misinformation.

Currently, the headsets itself to get a VR experience costs more than $300. This makes the technology inaccessible to a large part of the world that will not be able to afford it. Losing out on the VR world may again bring a sense of FOMO, thus increasing mental health issues all over the globe.

What do Psychologists Say?

Psychologists have stated that there are researches that will tell us the effect of a Metaverse on mental health.

A large amount of virtual interaction can prove to be very damaging for a person’s brain. It has the potential to cause tremors, hallucinations, visual or auditory delusions, etc.

Here are some of the statements issued by psychologists from all over the globe in regards to the launch of Metaverse and its impact on mental health:

There is enough evidence on the internet; specifically, social media is a toxic place to be. People are suffering from depression, anxiety, body image issues, etc. now more than ever.

Excessive use or overuse of any kind of digital technology can never be good for mental health. Some of the symptoms seen are depression in 4%, paranoid ideation in 0.5%, psychoticism in 0.5%, serious mental illnesses in 2%, and 6% of users suffer from other symptoms.

These numbers stand to increase to a very high number if Metaverse in introduced to the general public.

Meta will have to analyze these very serious repercussions of such a social technology.

This is another important question in regards to the overuse of VR. Schizotypy includes a person having delusions, cognitive disorders, and distortions.

Studies suggest that people suffering from these conditions are more likely to get attracted to a game or platform like this. It is because the symptoms and traits of schizotypy become considerably lower when you are in a VR.

It also allows them to forget about the real world for a while. It can bring about greater social interaction and contact with individuals than they would in their actual lives.

If we connect this theory to the actual use of Metaverse by these individuals, then it can be considered a safe haven for them. However, a prolonged time spent in this sort of virtual universe would bring out some of the worst mental-health syndromes in the form of delusions or psychotic symptoms.

Facebook’s announcement of this new space in the form of Metaverse needs proper introspection. A product like this has the capability to destroy public lives if it does not undergo responsible risk tests.

If we look at the company’s underhanded past responses to accusations for accountability, we can be quite sure that this proposal will not be tested in clinical and controlled environments.

A virtual social technology such as this will only serve as a temporary distraction from mental health problems suffered by the users. It can never deliver an everlasting solution.

9 Acupressure Points For Sleep That Also Calm Your Mind & Body

Acupressure Points-History, Benefits & How does it Works?

No spam, notifications only about new blogs and updates.

Menu
PrevPreviousMental Strength Books That you should read for your mental fitness
NextSelf Love is the Best Love: 17 Ways to Love Yourself & Be ConfidentNext

5 Habits to Challenge You for a Healthy Living

Here are 5 best activities that will keep you far from any disease.
Desc: According to a recent study being physically active can reduce the chances of breast cancer by 41 %

Got Sensitive Skin? The 6-Step Skin-Care Routine You Need

If you have redness or skin that’s easily irritated, you most likely have sensitive skin. People who deal with rosacea, eczema and psoriasis also fall into this category.

Weight Loss: 7 Fibre-Rich Vegetables To Add in Your Diet

Fibre is one of the components that are required for healthy functioning. Here are some fibre-rich vegetables to add.

Inspiring lessons from one of the greatest athletes to play tennis, Serena Williams. 1. Stand Up For Yourself 2. Don’t Lose Focus 3. When You Fail, Get Back Up 4. Believing In Yourself

We use cookies on our website to give you the most relevant experience by remembering your preferences and repeat visits. By clicking “Accept All”, you consent to the use of ALL the cookies. However, you may visit "Cookie Settings" to provide a controlled consent.
Cookie SettingsAccept All
Manage consent

This website uses cookies to improve your experience while you navigate through the website. Out of these, the cookies that are categorized as necessary are stored on your browser as they are essential for the working of basic functionalities of the website. We also use third-party cookies that help us analyze and understand how you use this website. These cookies will be stored in your browser only with your consent. You also have the option to opt-out of these cookies. But opting out of some of these cookies may affect your browsing experience.
Necessary Always Enabled
Necessary cookies are absolutely essential for the website to function properly. These cookies ensure basic functionalities and security features of the website, anonymously.
Functional
Functional cookies help to perform certain functionalities like sharing the content of the website on social media platforms, collect feedbacks, and other third-party features.
Performance
Performance cookies are used to understand and analyze the key performance indexes of the website which helps in delivering a better user experience for the visitors.
Analytics
Analytical cookies are used to understand how visitors interact with the website. These cookies help provide information on metrics the number of visitors, bounce rate, traffic source, etc.
Advertisement
Advertisement cookies are used to provide visitors with relevant ads and marketing campaigns. These cookies track visitors across websites and collect information to provide customized ads.
Others
Other uncategorized cookies are those that are being analyzed and have not been classified into a category as yet.
SAVE & ACCEPT